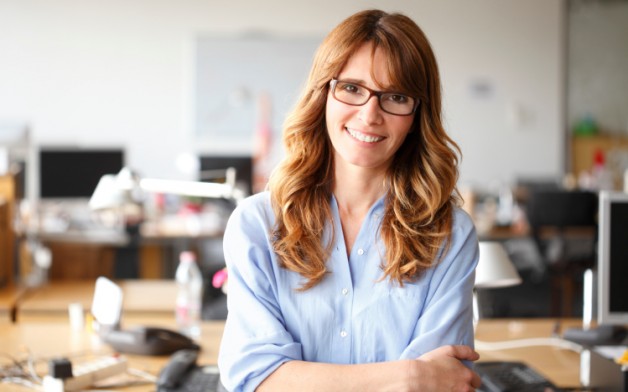 Hiring is one of the riskiest decisions a hiring manager or business owner makes.

As a small business owner, I’ve hired lots of people, and I’ve never had a problem that I’m aware of. That may be because I hired mostly employee referrals or, more likely, it’s because I was just lucky.

Most large companies run pre-employment background checks. It’s a safety net and easy to do, so they include it in the normal recruiting process.

Most small businesses, on the other hand, don’t run background checks.

Yet small businesses would benefit from pre-employment screening just as much as larger companies.

Here are just a few of the reasons why.

When you hire people without checking backgrounds, you’re trusting blindly. Without checking, there’s no way to know whether the experience and credentials they claim are accurate.

A recent report from CareerBuilder, for example, found that 58% of résumés include misleading or incorrect information such as falsified education details and inaccurate job titles, seniority levels, and employment dates.

Hiring someone with false credentials might directly affect your existing employees. In fact, 95% of employers surveyed by Robert Half feel that a poor hiring decision affects the morale of the whole team. The survey also showed that managing a bad hire can take 17% of a supervisor’s time (that’s almost a whole day per week).

Most business owners are worried about employees stealing cash and inventory, and that’s a valid concern.

Businesses estimate that they lose 5% of revenues to employee fraud each year, according to a 2014 study by the Association of Certified Fraud Examiners (AFCE). The study also found that the median fraud loss at businesses with less than 100 employees is 28% higher than at larger companies ($154,000 at smaller companies vs. $120,000 at larger ones).

But money and inventory aren’t the only concerns. Many small employers neglect to consider other forms of potential theft, such as cybercrime.

With fewer resources to put strict security protocols in place, small businesses are particularly vulnerable to the actions of rogue employees. Unfortunately, employees with access to sensitive data have stolen (and in some cases, sold) client and fellow employee information from company computers.

“Negligent hiring” is a legal term that describes an employer’s liability for an incident caused by an employee when the employer knew (or should have known) that the employee posed a risk.

For example, let’s say a company hires a delivery driver who gets into an accident that causes an injury, and that leads to a lawsuit.

One of the first questions a plaintiff’s attorney is likely to ask is, “Did the employer run a background check before hiring the driver?”

The company will be in a much better position if it did a background and motor vehicle records check that came back clean.

On the other hand, if the company didn’t check, and there were previous license suspensions, the company could be found liable for the injury. That’s because it could have found out about the employees previous driving record, but failed to check.

The average cost of a negligent hiring lawsuit is estimated to be $1 million. And, when such cases are brought to court, employers lose about 70% of the time.

4. Creating a Safe Work Place for Customers and Employees

Employers have an obligation to create a safe workplace for employees. Yet 36% of employers reported workplace violence incidents, according to a SHRM study. These incidents result in physical or emotional harm to employees and customers as well as damage to company operations and resources.

Background screening before hiring is one of the most important steps you can take to reduce the risk of workplace violence. Convictions for violent crimes are an obvious red flag.

Drug screening can play a role when it comes to reducing on the job injuries, too. Implementing drug screening reduced worker’s compensation claims by about 50%, according to a survey conducted by SHRM.

Taking every reasonable step to keep employees, customers, and clients safe makes business sense — and it’s the right thing to do. Without a background check, though, you’re hiring in the dark.

Think of a background check as an inexpensive insurance policy. A basic check is less than $30.

How to Run a GoodHire Background Check Through ZipRecruiter

ZipRecruiter and GoodHire have teamed up to make it easy to add background checks to your recruiting process.

During the digital onboarding process, simply select the option to run a background check. Once it’s complete, we’ll alert you in the ZipRecruiter dashboard. It’s that easy!

Bio: Jonathan Duarte is a 19-year veteran entrepreneur providing workforce automation solutions for customers in the Internet recruiting market. As the Director of Business Development, for GoodHire, the fastest growing pre-employment background check company in the United States, Jonathan is responsible for building technology and referral partnerships that automate the recruiting and onboarding process.