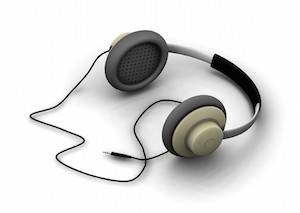 Finding wiretapsA reputable TSCM (Technical Surveillance Counter-Measures) specialist will tell you that most wiretaps and bugs in homes can be found with only a visual inspection.

The key is to know what to look for. On the Internet or in a spy shop, you can find a wide array of eavesdropping devices.

A “bug” is a listening device placed in a room or vehicle. One of a bug’s components is a microphone. The microphones in these devices are usually very small. Some bugs transmit their signal to an external listening post. Video cameras can also be a type of bug.

Video cameras can be as small as a dime, but you usually do not see the actual camera. What you see is the lens, or the hole it sees through. The lens can be as small as 1/16th of an inch. Most wireless cameras are powered by a 9-volt battery, so the battery is often larger than the camera. While some cameras can easily be found, others are so cleverly hidden that they can only be found via a thorough search. They are often found in clock radios (with “night vision” on video cameras you can actually see the hidden camera in clock radios), lamps, plants, smoke detectors, books, stuffed animals, etc.

Although video cameras can be hard-wired, they usually are wireless. They are frequently installed in the bathroom or bedroom. All hidden video cameras have a watching post with a monitor or recorder. If the camera is hard-wired, you can simply follow the wires. Use a flashlight to find hidden video camera lenses. It’s important to hold it between both eyes and look for the reflection off the lens; otherwise it will be a reflection you don’t observe.

Every eavesdropping device has a power source. Wiretaps sometimes use the direct current that is already in the telephone line or sometimes they use a battery as the power source.

Bugs also have a power source. They use either a battery, or the house wiring or vehicle wiring. This is why, when checking a vehicle for bugs, always look at the battery first. Any strange wire attached to the battery should be followed.

Knowing that bugs, wiretaps, and GPS units need a power source is very important, because you sometimes find the power source before you find the listening device. Often, such as in a 9-volt battery, the battery is larger than the bug.

When looking for GPS units, search the entire vehicle including the glove compartment, under the dashboard, under the seats, the bumper, under the belly of the car. GPS units are often enclosed in a black plastic box attached by magnets underneath the car.

In homes, most bugging is pretty simplistic. Often, it’s conducted with an inexpensive voice-activated digital recorder (they can be as small as a package of gum). Radio Shack has an inexpensive phone-recording device that can be attached to a telephone line and recorder to record both sides of the conversation on any phone in the house that is on the same line.

Some electronic eavesdropping equipment is so simple that it can be put in place in seconds. For instance, a voice-activated recorder can be dropped in a plant or behind furniture. Then, the next time your ex-spouse picks up the kids for his visitation, he can quickly retrieve it.

Inspect toys such as Teddy bears that your spouse bought for your children. They may contain a bug.

Look for uBugs and wiretapsnaccounted cell phones. Cell phones are the biggest bugging devices used today. You can purchase them on the Internet for a few hundred dollars. They do not ring when they are called. The caller can then listen in to all the sounds in the room. They, too, can be placed anywhere. If you find one, remove the battery.

Carefully follow all telephone lines to see if you find anything suspicious. If you see a splice on the telephone line, replace it.

Remember, phone splitters can have a transmitter. If you didn’t buy something that is electronic, and you don’t need it, dispose of it.

It is illegal to install eavesdropping devices in every jurisdiction in the United States. To report it to the authorities you have to actually locate the device. People have the mistaken idea that the FBI or police will send someone out to do a bug sweep. They will not.

More from Family Lawyer Magazine
Know what to look for so you can protect yourself.

How to Locate “Bugs” and Wiretaps Without Special Equipment